Alas, my teenage years trail behind as I entered “adulthood” a little over a week ago.  So, to mark the end of a decade and the beginning of a new era, I thought it fit to celebrate my 20th birthday with a 1920s-inspired dinner party.

To create an event that was the cat’s meow, I focused on three aspects of entertaining: decor, food, and diversions.

To devise an ab-so-lute-ly fun and ritzy joint, find pieces throughout your home and garage that seem reminiscent of the Prohibition days.  Classic car models, animal statuettes, necklaces, jewelry, and posters from the decade turn a modern home into a full-blown speakeasy. Dimming the lights and putting up heavy, dark-colored curtains adds even more mystique to the ambience.

Set table with stuffed mushrooms waiting to be eaten. Photo by Rachel Perrotta. 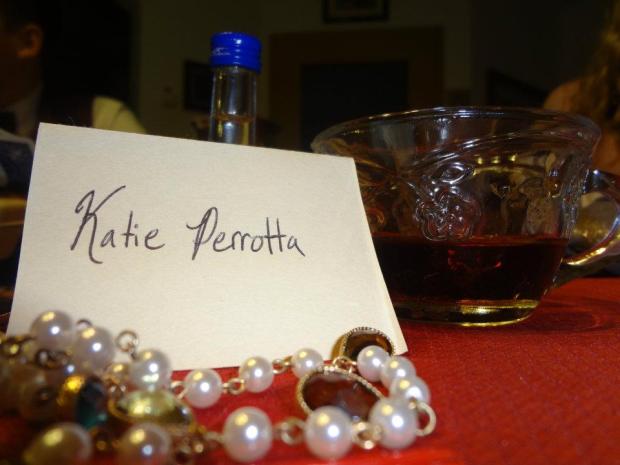 Setting seating cards on each guest’s place mat makes the event more personal, while diminishing any possible confusion as to where everyone sits come supper time. Photo by Rachel Perrotta.

Scattering playing cards around the house makes an affordable yet swell decoration option as well! 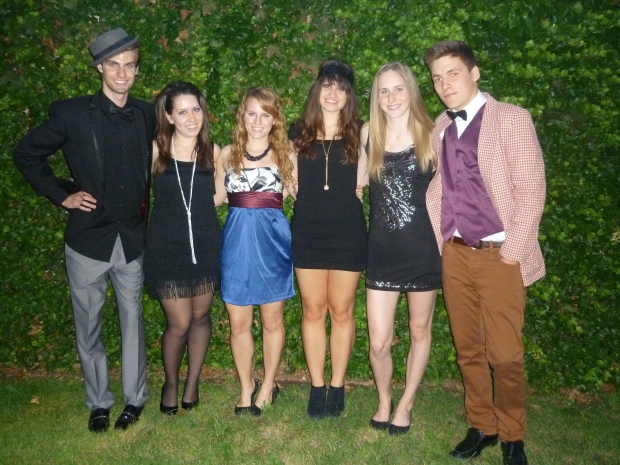 Of course, having guests arrive in ’20s-inspired attire completes the feeling quite fantastically! Glad rags like fringed dresses, pearls, black clothing, blazers, vests, and hats work their magic for a dapper evening.

The dinner menu gained inspiration from dishes served during the era.  To commence the meal, I served stuffed mushrooms.  Following the appetizer, guests consumed an entrée composed of chicken breast a la rose and a Waldorf salad, a dish actually served to President Coolidge at the renowned New York hotel, The Waldorf-Astoria, in 1927.  To finish off the savory food, we indulged in a lemon chiffon cake, as chiffon cakes (in addition to pineapple upside-down cakes) were all the rage back then.  For the recipes, visit back soon (; 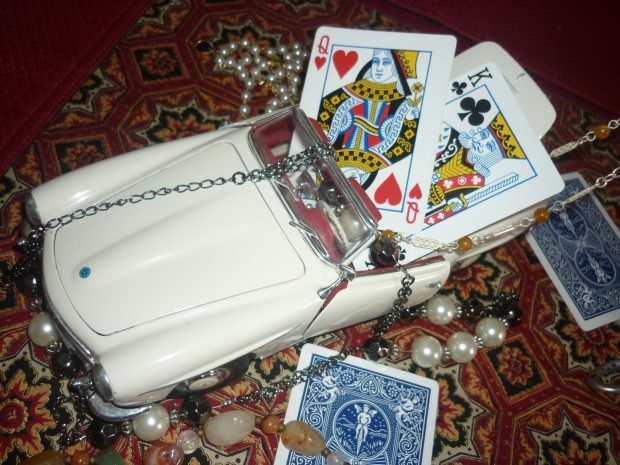 The small details really pull together the big picture.

After the eating, we played card games while Edith Piaf and other musicians popular in the ’20s roared behind us. Then, we played an original game we invented on the spot.  As a “speakeasy,” we could face trouble if police found us. So, after receiving a phone call from an anonymous source, we found out that officials were on their way. As such, we each took turns hiding our “shot glass” in the living room.  Whoever’s “shot glass” was found last by the guests escaped persecution and won the game.

After hours of indulging, conversating, photo-taking, making fun of King Kong and doing the Charleston, we headed out for a light night on the town.  As my first time serving as host for a dinner party, I’m pleased with the way it turned out and hope that those of you contemplating throwing your own try it, too. It’s easier than it looks and results in a ducky, hotsy-totsy affair full of razzling dazzles.

Join 1,242 other subscribers
Follow Style Over Stress on WordPress.com 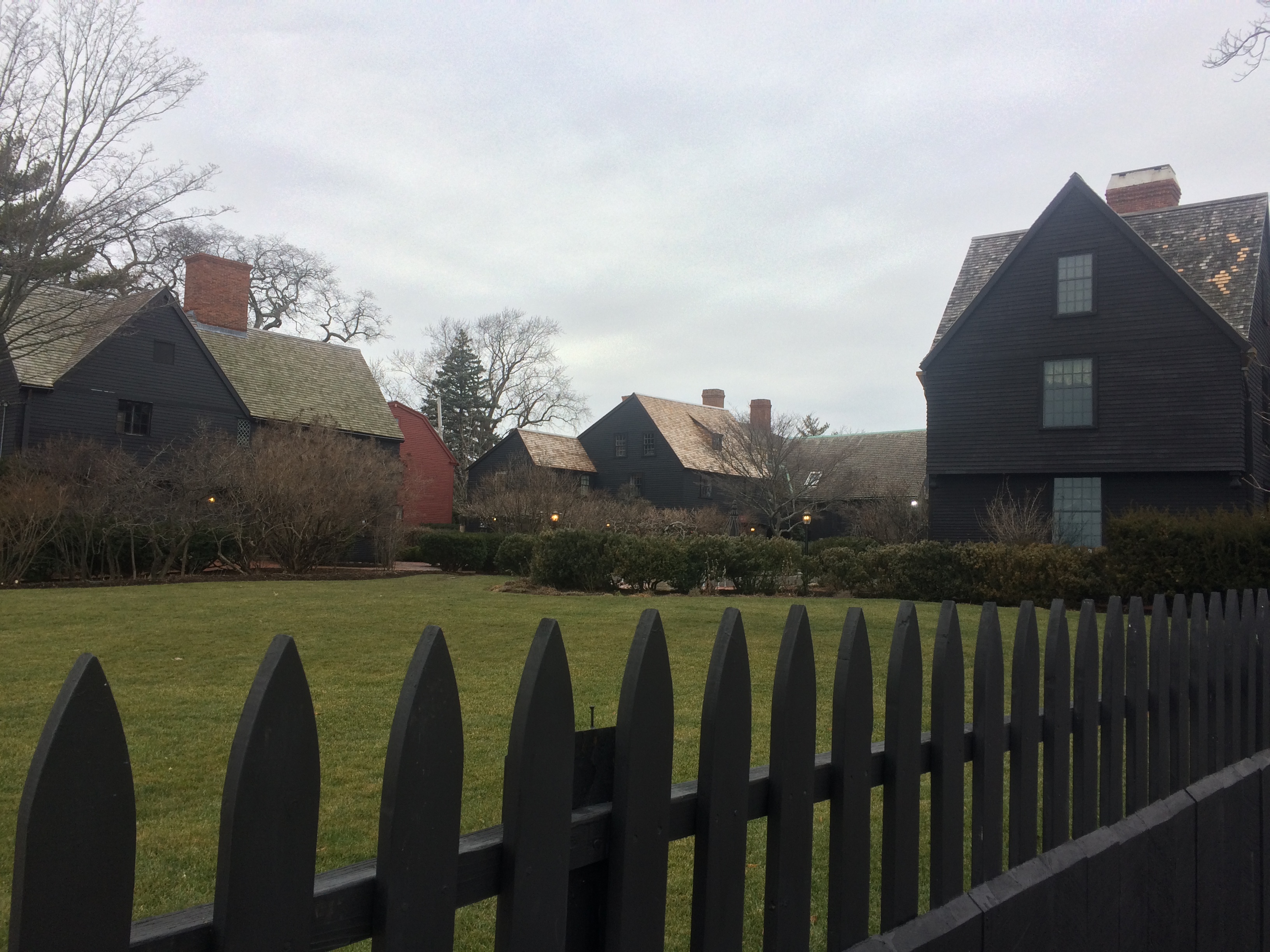 There’s more to Salem than broomsticks and cauldrons, though visitors find its magic shops and witch-themed cafes enchanting. Explore Salem → 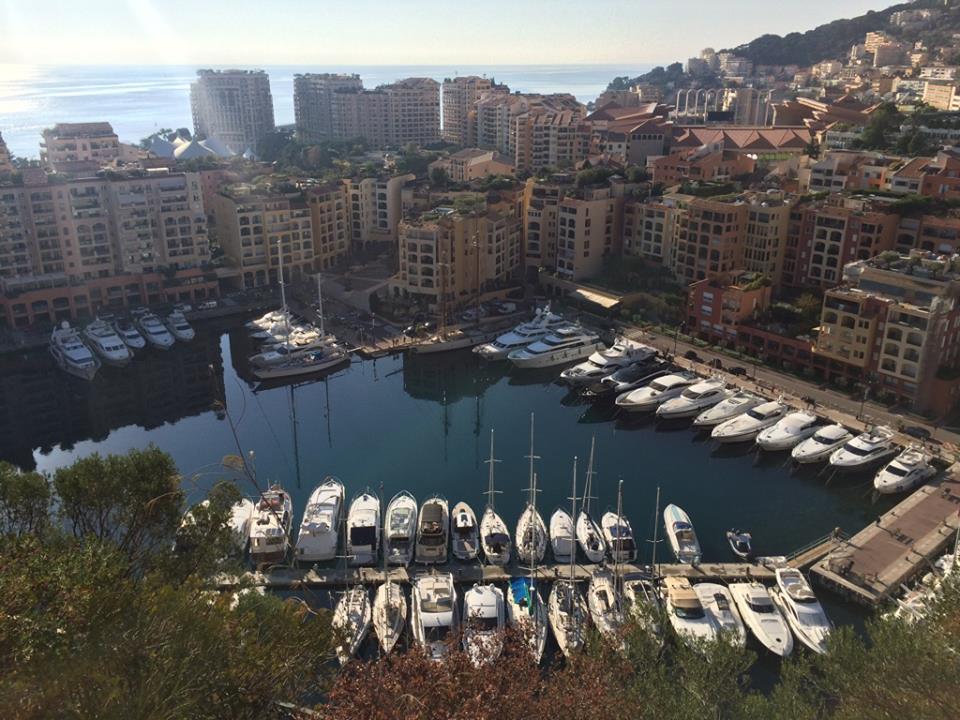 It’s no wonder why several artists find refuge in Nice. Rich colors and scenes dot every corner in the French Riviera’s second-largest city (after Marseilles). Explore Nice →
Loading Comments...
%d bloggers like this: